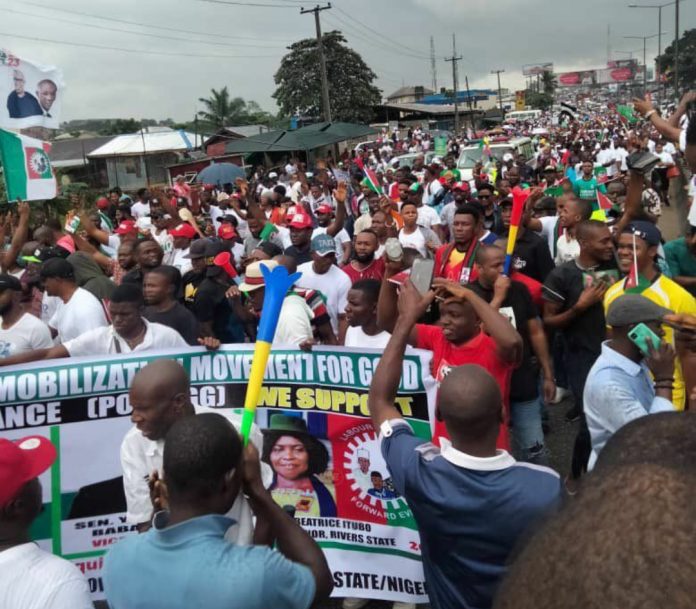 Omokiri, who is an avid critic of Peter Obi, commended the supporters, saying it was a commendable effort.

“Port Harcourt was a nice crowd, although we have seen much, much larger mammoth crowds for the PDP in Adamawa and Calabar, to mention a few.

“Nevertheless, it is still a commendable effort,” he said.

Share your thoughts on the story, Reno Omokiri Hails 5-m-Man March For Peter Obi with Nigerian Kicker in the comments section.