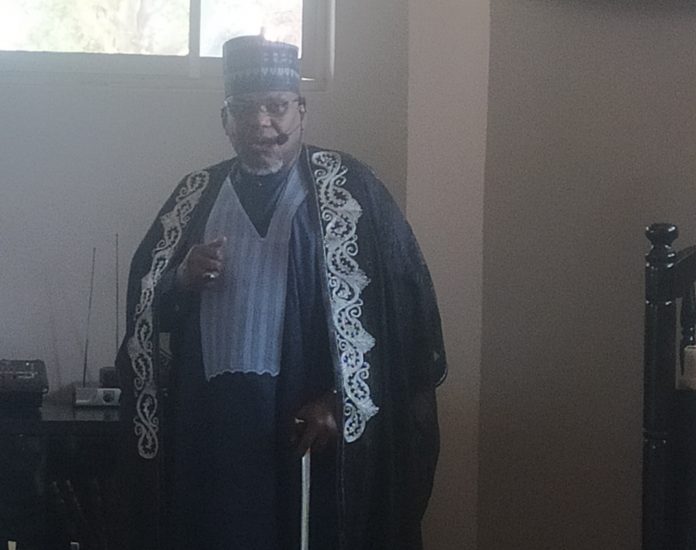 Secretary-General, JNI, Kaduna, Dr. Khalid Aliyu Abubakar has warned the people about the impending doom awaiting those who fabricate lies against others.

Dr. Khalid Abubakar gave the warning in a sermon he delivered, this Friday, in Jos shortly before he led prayers at Fibre Jumaat Mosque.

He said telling lies without any iota of truth is against Islamic tenets and advised those who engage in it to desist before it is too late for them.

Sheikh Khalid Abubakar said it is worst for a society when lies are peddled by people in high places.

Dr. Khalid Abubakar, who gave sermon on the theme: “Be warned against being judgemental against others,” noted that people are quick to judge others over their actions which they know little or nothing about.

are enlightened while others are

on issues that you know nothing

The Islamic scholar observed that condemnation and quick judgement of others about wrong doing has led to the collapse of many families, friendship and separation of relatives.

“Why don’t we judge our own

the way we judge others?” he

Sheikh Khalid Abubakar reminded the worshippers that Islam is a religion of love, peace, compassion and cooperation which, according to him, bring happiness and unity among the people.

He observed that today some people have taken it a duty to go to coffee shop, rather than doing what take them to the place, they end up engaging in gossips that assassinate the character and reputation of others.

He prayed Allah to rescue the souls of such people.

Sheikh Khalid also prayed Allah to help bring banditry in the country to an end.