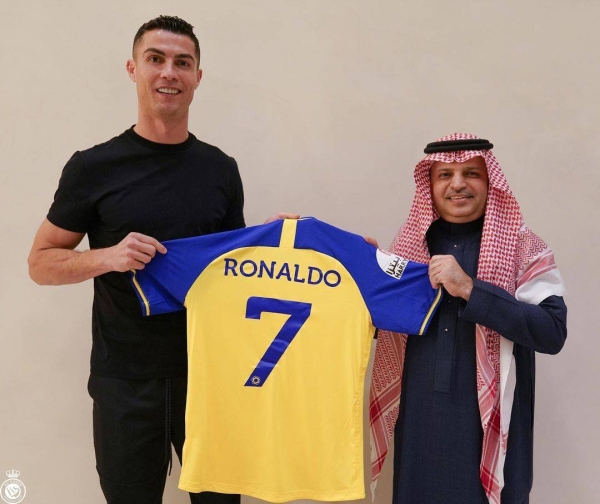 The picture of the Portuguese Footballer, Cristiano Ronaldo holding his Al-Nassr shirt, has received over 28 million likes on Instagram less than 24 hours after the official announcement of his joining the Saudi club.

Also, the Football superstar has become the most popular person on the list of the most liked photos on Instagram in 2022.

Hours after the official signing of Ronaldo to join the club, the number of followers of the Saudi Al-Nassr Club on Instagram, have surged and quadrupled, exceeding 4.6 million followers after it was only 800,000.

It is noteworthy that Al-Nassr Club of Riyadh had signed on Dec. 30 its biggest deals this season with Cristiano Ronaldo.

The Portuguese footballer will join on a two-year contract with the Saudi Arabian side.

“I’m excited to experience playing football in a new country and joining my teammates to help the team achieve new trophies,” Ronaldo said after signing with Al-Nassr according to the official Twitter account of the club.

“One of the greatest of all time is confirmed to start his new journey in Saudi Arabia,” he said.

Al-Faisal wished Ronaldo and his family a pleasant experience in Saudi Arabia. SG

Share your thoughts on the story, Ronaldo’s Photo With Al-Nassr’s Shirt Gets 28 Million Likes On Instagaram with Nigerian Kicker in the comments section.