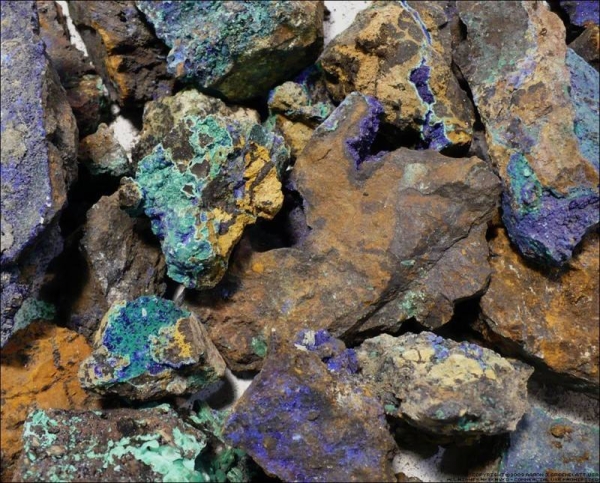 Saudi Geological Survey (SGS) has announced the discovery of new sites for gold and copper ore deposits in the Madinah region.

The SGS, represented by the Survey and Mineral Exploration Center, which disclosed this, stated that it has succeeded in discovering gold ore within the boundaries of Aba Al-Raha, the shield of Umm Al-Barrak Hejaz, in the Madinah region.

Copper ore was also discovered at four sites in the Al-Madiq area in the Wadi Al-Faraa region in Madinah, and their exposures represent promising potentials for special copper deposits, from the mineral chalcocite (Cu2S), which is scattered, as well as some secondary copper carbonate minerals, the center revealed.

These are added to the list of discoveries during 2022, which will accelerate the pace of mining investment in the Kingdom and thus supporting the Kingdom’s Vision 2030 and the national economy.

These discoveries in various locations in Saudi Arabia will contribute to the development of the national economy, with the influx of local and international investors to make investments in the thriving mining sector.

There are 13 Saudi and foreign companies, within the framework of conglomerates, competing to win a license for the Umm Al-Damar mining site located in the Madinah region.

Last month, the Ministry of Industry and Mineral Resources announced that it had prequalified 13 bidders for Umm Al-Damar Exploration License. The Umm Al-Damar site covers an area of ​​more than 40 square kilometers and includes copper, zinc, gold and silver deposits.

The prequalified bidders have to submit their proposals by October 2022. The site has an expected investment size of SR2 billion and is expected to generate around 4,000 jobs, according to the project brochure available on the ministry’s mining portal.

Share your thoughts on the story, Saudi Announces New Discovery Of Gold, Copper Ore, In Madinah, with Nigerian Kicker in the comments section.