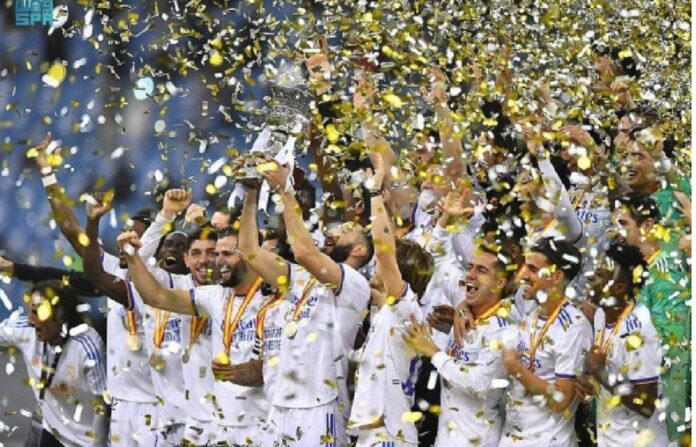 Saudi Arabia Ministry of Sports announced on Tuesday that the Kingdom of Saudi Arabia will host the Spanish Super Cup for the third consecutive time between Jan. 11 and 15, 2023.

Real Madrid, Barcelona, Valencia and Real Betis,are expected to participate as part of the Diriyah Season 2022.

King Fahd Stadium in Riyadh will host the tournament that will be held on a knock-out basis, where Real Madrid (La Liga Champion) will play against Valencia in the semifinal, while Real Betis (Cup Champions) will play against Barcelona, with the winners playing the final match.

The Diriyah Season will also witness another global football occasion, where Al-Hilal will play against Newcastle United for the Diriyah Season Cup at the Prince Faisal Bin Fahd Stadium in Riyadh on Dec. 8, 2022.

As part of football occasions in 2nd Diriyah Season, the EA Sports Italian Super will also be held for the third time between AC Milan and Inter Milan at the King Fahd Stadium on Wednesday Jan. 18, 2023. — SPA