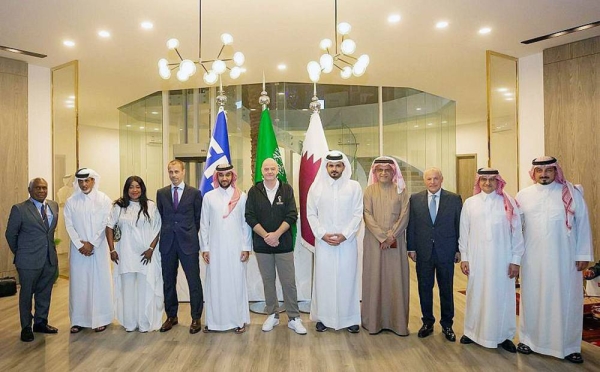 They reportedly praised all the activities they witnessed that enriched the experience of fans of all nationalities.

The Guests toured the zone of Saudi House, and were briefed on its activities, exceeding 21 activities in 10 pavilions, as the Saudi House offers an integrated experience for fans, with cultural, social, tourist and entertainment dimensions, highlighting the culture, heritage and football passion of the Saudis.

The Saudi House was founded by the Saudi Football Federation in the Doha Corniche, coinciding with the competitions of FIFA World Cup 2022 being hosted by the State of Qatar. – SPA

Share your thoughts on the story, Saudi Prince Hosts World Football Leaders In Qatar with Nigerian Kicker in the comments section.