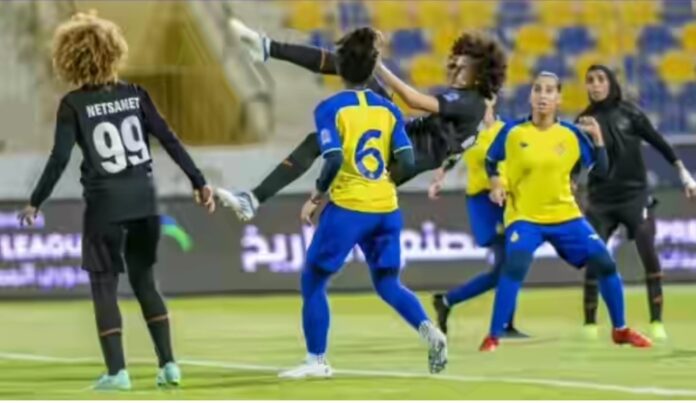 Competitions of the fourth round of Saudi Women’s Premier League will start today in Jeddah.

In the opening match of the fourth round, scheduled to begin at 7:30 p.m., top-of-the-table Al Nasr will face off Al-Ahli at the Gym Stadium of King Abdullah Sports City in Jeddah.

On Saturday, Riyadh will witness two matches. In the first of match Al Hilal will host Eastern Flames at 7 p.m. at the Inaya Medical Colleges Stadium.

As for the second match, at the same time, it will bring together Sama and Al-Yamamah at Prince Faisal bin Fahd Stadium’s reserve pitch.

The match between Al-Shabab and Al-Ittihad has been postponed until Saturday, November 25, at the Gym Stadium of King Abdullah Sports City.

Al-Nasr leads the Saudi Women’s Premier League standings before the start of the fourth round with 4 points with a goal difference against Al-Ittihad, which is in the second place. Al-Hilal is third and Al-Yamamah fourth, each with 4 points as well.

Al-Ahli Club came in the fifth place with 3 points, and Al-Shabab came sixth with 1 point, as is Eastern Flames. Sama came last without scoring points. – SG