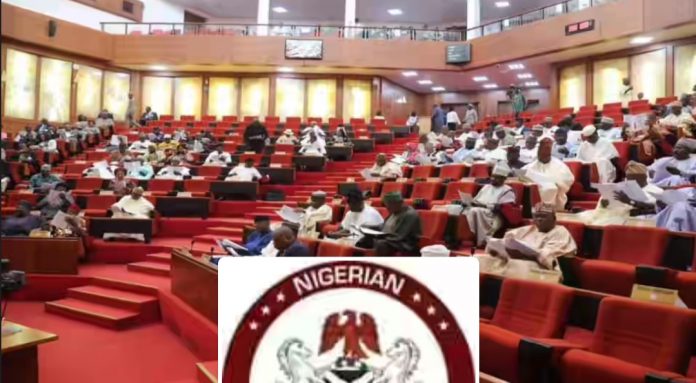 Senate, on Wednesday, passed the Electricity Bill 2022 after the consideration of a report by the Senate Committee on Power.

The Bill, when passed into law, would allow states to generate and distribute power as well as solve the sector’s challenges.

Gabriel Suswam, chairman of the committee, said the bill sought to provide an ideal legal and institutional framework to leverage the modest gains of the privatisation phase of the electric power sector in Nigeria.

Suswam said that it would minimise aggregate value chain losses in the sector when signed into law.

He explained that there would be no need for anyone or firm generating electricity below one megawatt to get a licence, adding that the new law would allow states or individuals with capacities to generate their power.

“Since electricity is on the concurrent list in the constitution, the bill has allowed state governments to license people who intend to operate mini-grids within the states,” he said.

The Llawmaker, said the  legislation will reinvigorate the institutional framework for the reform of the Nigerian Electricity Supply Industry (NESI) initiated and implemented by the Federal Government.

He disclosed that the provisions of the bill sought to promote policies and regulatory measures that would ensure the expansion of power transmission networks in Nigeria to address any imbalance in the existing transmission infrastructure.

Ahmad Lawan, President of the Senate, Ahmed Lawan said, “because of its importance and sensitivity, we will like to see a quick concurrence by the House of Representatives.”

“This is because time is of the essence as far as Nigeria is concerned when you talk about electricity and energy supplies in Nigeria.

“So, we will like to see that this bill is fully processed in the National Assembly and sent to the Executive Arm of Government for consideration and assent by the President,” he said.

Share your thoughts on the story ,Senate Passes Bill For States To Generate, Distribute Electricity, with Nigerian Kicker in the comments section.