Soludo Meets Obi In Awka After Barrage Of Attack 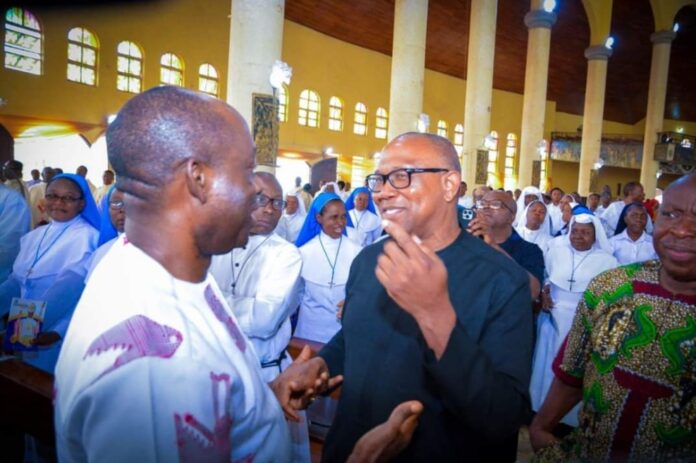 After his diatribe on the Presidential Candidate of the Labour Party, Peter Obi, Anambra State Governor, Prof. Charles Soludo, has met with Peter Obi in Awka, the Anambra State Capital.

The two leaders met on Thursday at St. Patrick’s Catholic Church during the thanksgiving mass for Most Rev. Paulinus C. Ezeokafor in celebration of his 70th Birthday.

The duo, were seen embracing each other and exchanging pleasantries to the surprise of on-lookers in the Church.

Soludo, reportedly described the rift between him and Obi as mischievous, insisting that the former Anambra State Governor remains his brother, irrespective of their political differences.

This development is coming days after Soludo released a barrage of attack on Peter Obi, saying that Obi “failed as Anambra Governor.” 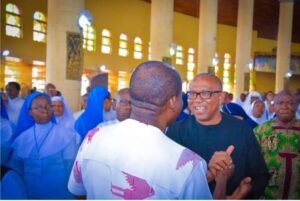 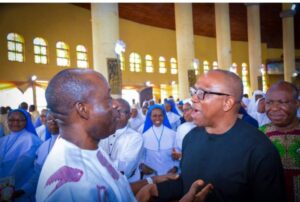 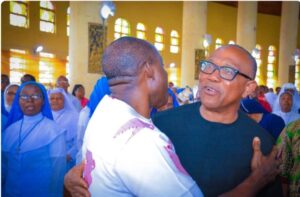 Share your thoughts on the story, Soludo Meets Obi In Awka After Barrage Of Attack with Nigerian Kicker in the comments section.