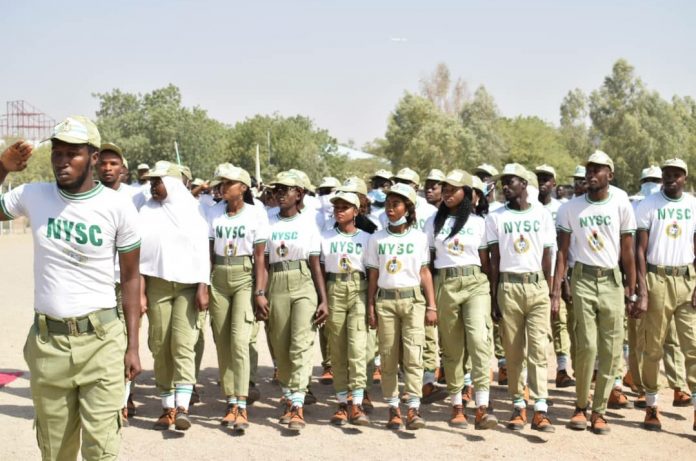 Governor of Kano State, Dr. Abdullahi Umar Ganduje has advised NYSC Corps members to strive and utilize the skills they learnt to generate wealth for themselves so that they can become employers of labour rather than job seekers.

The Governor gave the advice on Thursday at a passing out ceremony of the 2021 Batch ‘A’ Stream 1 Corps members held at the Sports Complex of the Bayero University, Kano.

The Governor, represented by the Deputy Governor of Kano State, Dr. Nasiru Yusuf Gawuna, commended the Corps members saying, “you have succeeded in building on the enviable records of your predecessors through contributions in different community development services particularly in the area of health care, education and environmental sanitation. The indelible marks of your services would be remembered by the people of Kano state.”

The Governor recalled that their stay in Kano in the last one year has created bond of unity among them and exposing them to life challenges and new experiences in different fields of pursuit.

In her remarks, the Kano State NYSC Cordinator, Hajiya A’isha Tata Muhammad explaind that out of 889 Corps members slated for passing out, 3 have distinguished themselves in the area of personal community development service which earned them the state honour award while 16 corps members have their service extended for various offences committed during the service year.