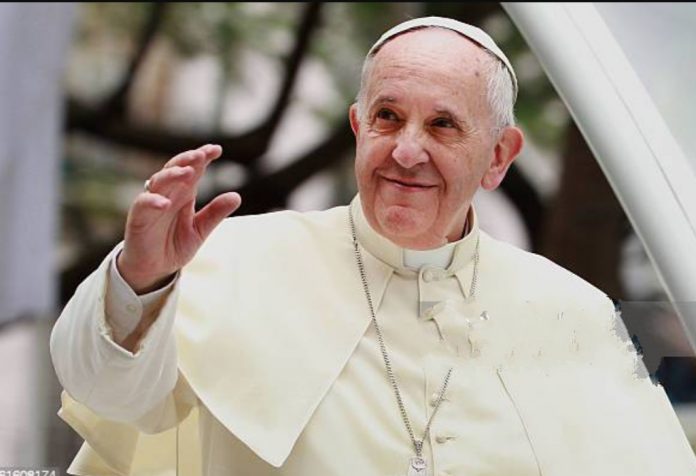 Reports from Rome say, the move is a further step in the preparation of his succession.

There is speculation that the 85-year-old pope, who has been forced to use a wheelchair for several months due to knee pain, might step down one day.

Following this, at 4 p.m. (1400 GMT) on Saturday, under the gilding of St Peter’s Basilica in Rome, the Pope will create 20 new Cardinals, among whom 16 “electors” – those under the age of 80 – will be able to participate in the future conclave.

The appointment of these Senior Prelates to assist the Pope is being scrutinized by observers as an indication of the future spiritual leader of the 1.3 billion Catholics.

Sensitive to minority communities and to evangelization, the Argentinean Jesuit has freed himself from the traditional choice of Archbishops from large cities, preferring less expected profiles.

With five Asians, including two Indians, this consistory confirms the rise in power of this continent. It is also “representative of today’s Church, with a large place for the southern hemisphere”, where 80% of Catholics live, underlines Vatican expert Bernard Lecomte.

At the end of this consistory, the first since November 2020, Pope Francis will have chosen 83 Cardinals out of the current total of 132 electors: almost two-thirds, the proportion necessary to elect a new pope, even if this choice is always unpredictable.

With 40% of the electors, Europe remains the most represented continent, ahead of South America and Asia (16% each), Africa (13%) and North America (12%).

Among the notable personalities is the American Robert McElroy, Bishop of San Diego in California, who is considered progressive for his positions on homosexual Catholics in particular.

Also of note is the unexpected choice of Italian missionary Giorgio Marengo, who works in Mongolia and will become the world’s youngest cardinal at 48.

Alongside them is Jean-Marc Aveline, Archbishop of Marseille, who becomes the sixth Frenchman in the College of Cardinals.

“This trust that the Pope has placed in me is a great honor, which commits me and obliges me even more in my mission in the service of Christ,” said Archbishop Aveline, 63, who is particularly committed to interreligious dialogue.

Other men from the field to wear the purple robe are Nigerian Peter Okpaleke, Brazilian Leonardo Ulrich Steiner and Virgilio Do Carmo Da Silva, Archbishop of East Timor.

Three future cardinals already hold positions of responsibility in the Curia, the Vatican’s “government”: the British Arthur Roche, the South Korean Lazzaro You Heung-sik and the Spaniard Fernando Vérgez Alzaga.

As is customary, all will kneel before the Pope to receive their red biretta and cardinal’s ring. The ceremony, at which France will be represented by its Interior Minister Gérald Darmanin, will be followed by the traditional “courtesy visit” to the Vatican, which allows the public to greet the new cardinals.

Following this, on Monday and Tuesday, there will be a meeting with cardinals from all over the world, whom the Argentine pontiff wanted to bring together to discuss the new Vatican “Constitution”, which came into force in June, and the future of the Church.

Jorge Bergoglio has recently accelerated his reforms of the Curia and its finances to introduce more transparency. – Euronews.

Share your thoughts on the story, Succession: Pop Francis Creates 20 New Cardinals with Nigerian Kicker in the comments section.