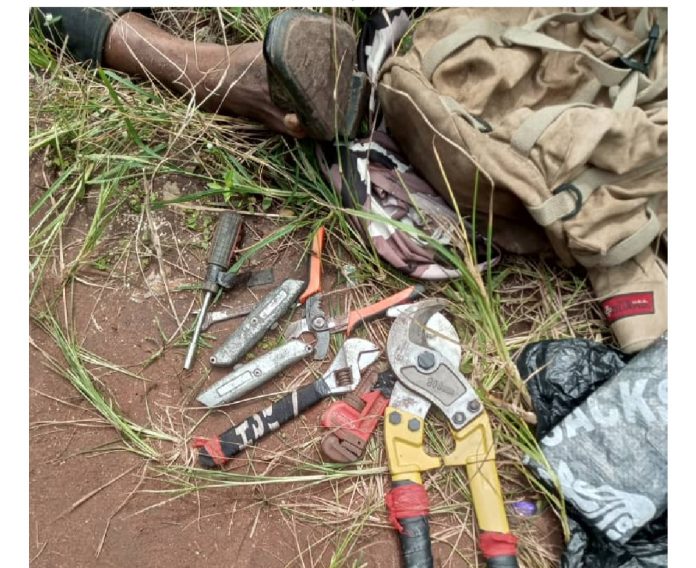 A suspected vandal, yet to be identified, has been electrocuted in Anambra State.

The incident reportedly occurred in the early hours of Sunday  while he was vandalising Umuezerimpi 500KVA Distribution Substation, property of the Enugu Electricity Distribution Company PLC (EEDC), located at Umuatuegwu Okija, Anambra State.

Ezeh said the deceased was not operating alone, as other members of his gang took to their heels immediately he was electrocuted, leaving behind his lifeless body and their tools at the scene of the incident.

He said formal report on the development has been reported at the Okija Police Division for  investigation.

“The tools used by the electrocuted vandal and his fleeing colleagues were also recovered and his corpse deposited at the Okija General Hospital Mortuary.

“Just imagine how this young man has cut his life short over nothing. It is hoped that this will serve as a deterrent to others engaging in this dastardly act,” he said.