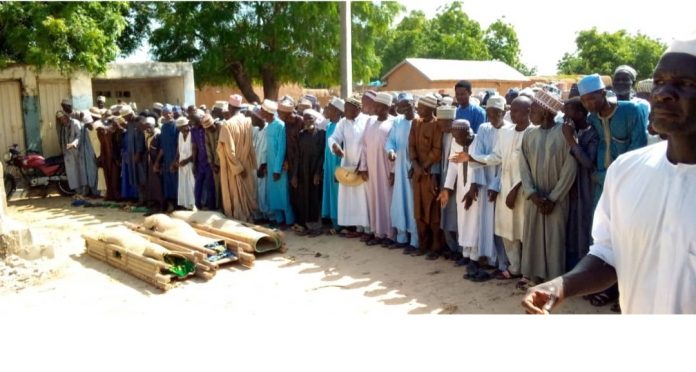 Three girls have reportedly drowned in a pond at Kaugama Local Government Area of Jigawa State.

A resident told Daily Post that the incident happened on Monday, at about 1100hrs when the three girls went to a nearby pond to wash their clothes.

He said the three girls drowned at Faskarau pond in Jae ward which is about three hundred meters away from the village.

Shehu said, they received a distress call at around 1110hrs and rushed to the scene with the Divisional disaster management officers for a rescue mission.

He said the NSCDC personnel with the people of the community succeeded in recovering the dead bodies after about 30 minutes of search and rescue mission adding that the bodies were rushed to the General Hospital Kaugama, where they were certified dead by a Medical doctor.

He said the remains of the girls were handed over to their families and were buried according to Islamic rites.

Share your thoughts on the story, Three Girls Drown In Jigawa with Nigerian Kicker in the comments section.