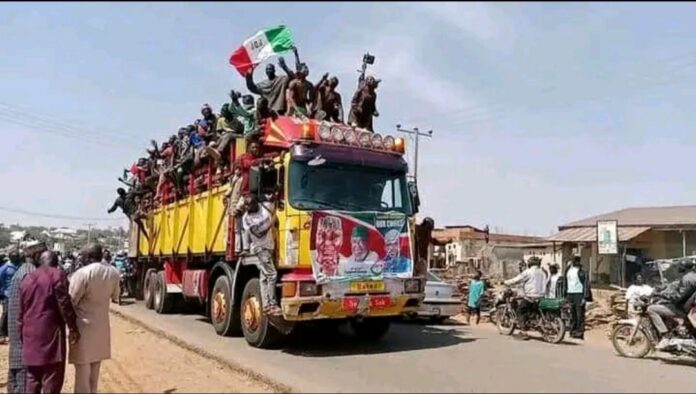 A truck conveying party supporters from Pankshin after the rally reportedly had an accident close to Panyam bridge with several persons feared dead while others sustained injuries.

Eye witnesses told our Correspondent that the accident occurred  at about 4:30 p.m. on Saturday.

Efforts to reach relevant authorities to get full details of the accident was abortive at the time of filing this report.

It could be recalled that barely five days ago, some members of the  PDP, in Plateau State, escaped death on their way to the flag off campaign of the People’s Democratic Party, PDP, Candidate in the forthcoming 2023 Governorship election Bar Caleb Mutfwang  when the bus in which they were travelling got involved in a ghastly accident.