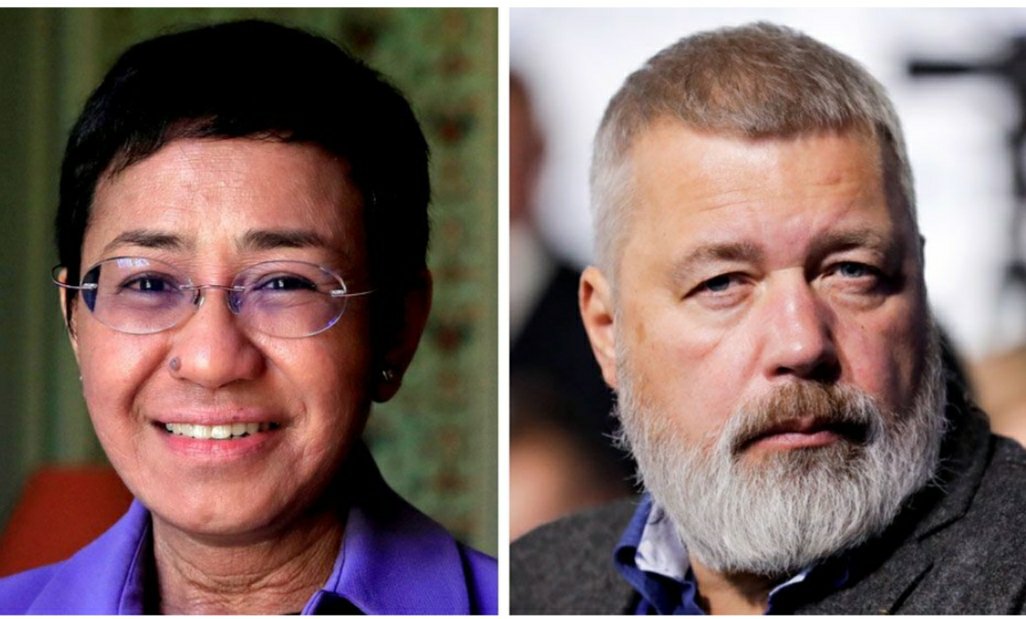 Maria Ressa, a Philipino, is the Chief executive and co-founder of an on-line news medium – Rappler while Dmitry Muratov is a Russian and a co-founder and Editor-in-Chief of Novaya Gazeta Newspaper.

Reports say, the two Journalists had faced series of threats and harassments for being critical of their governments and writing against human rights abuses.

The prestigious prize came a day after the 15th anniversary of the killing of Anna Politkovskaya, one of six murdered Novaya Gazeta reporters in Russia.

In a congratulatory message to the two Journalists, the United Nations Secretary-general, Antonio Guterres said society cannot be free and fair without journalists who investigate wrongdoings, bring information to citizens, hold leaders accountable and speak truth to power.

Share
Facebook
Twitter
WhatsApp
Email
Telegram
Previous article
We Would Not Allow Disintegration – NIPR.
Next article
No Society Is Free And Fair Without Journalists – UN Sec-Gen.