US Republican Party Retakes Control Of House Of Representatives 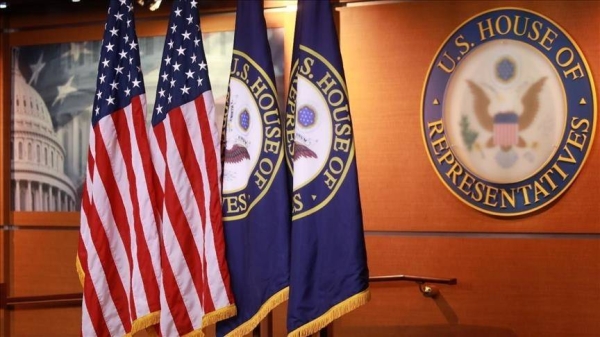 Members of the US Republican Party have selected Kevic McCarthy as Speaker and Mitch McConnell will be Head of the Republican Minority in the Senate.

US media projection showed Republicans won 218 seats and Democrats were in control of 210 out of the 435-seat House.

Seven seats are yet to be determined.

This came eight days after mid-term elections in which the Democrats won the Senate.

Nancy Pelosi will be leaving her Speakership post in January, despite being re-elected, when the Republicans officially take office.

Meanwhile, US President Joe Biden, has congratulated the Republican Party which recaptured the House of Representatives with 218 seats following victory in California’s 27th constituency.

“I congratulate Leader McCarthy on Republicans winning the House majority, and am ready to work with House Republicans to deliver results for working families, “Biden said in a statement.  – Agencies

share your thoughts on the story, US Republican Party Retakes Control Of House Of Representatives with Nigerian Kicker in the comments section.