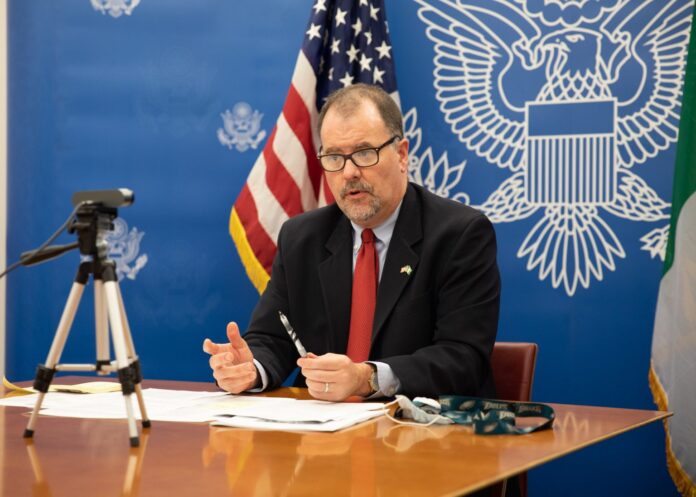 The United States Government says its stance on Nigeria’s 2023 General Elections, threatening visa restrictions on politicians that instigate violence or interfere with the democratic processes remains.

Political Counselor at the US Embassy in Nigeria, Rolf Olson, stated this on Monday in Abuja  on behalf of the United States Government maintaining, however, that the US Government does not have a candidate in the 2023 elections.

“It never ceases to amaze me how often we see comments, claims, and assertion from people in social and traditional media about what our supposed objective are in the elections, which candidate or party we favour.

“In reality, the United States does not support any party or individual candidate in this election cycle (or for that matter, in any other upcoming election).

“Our interest is to support transparent and credible elections that reflect the will of Nigerian voters, in a process that is conducted peacefully.

“Individuals seeking to undermine the democratic process may be found ineligible for visas to the United States,” Olson said.

Share your thoughts on the story, US Restates Visa Ban Warning To Election Riggers with Nigerian Kicker in the comments section.