US Surgeons Succeed In Animal To Human Heart Transplant 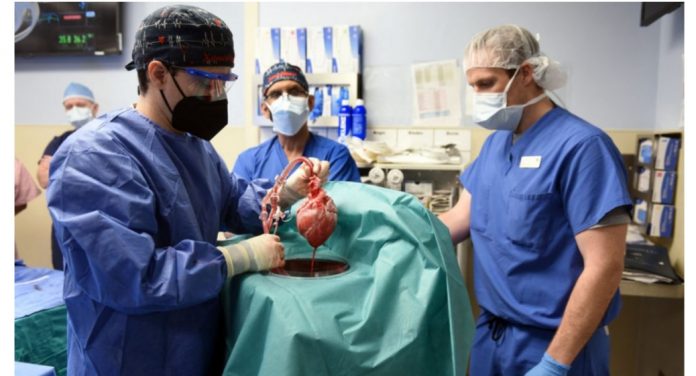 Surgeons in the United States have successfully implanted a heart from a genetically modified pig in a 57-year-old man.

The University of Maryland Medical School said in a statement on Monday that the “historic” procedure took place on Friday, adding that while the patient’s prognosis is far from certain, it represents a major milestone for animal to human transplantation.

The patient, David Bennett, had been deemed ineligible for human transplant – a decision that is often taken when the recipient has very poor underlying health.

Reports say Bennett is now recovering and being carefully monitored to determine how the new organ performs.

“It was either die or do this transplant. I want to live. I know it’s a shot in the dark, but it’s my last choice,” the Maryland resident said a day before the surgery.

Bartley Griffith who surgically transplanted the pig heart said, “this was a breakthrough surgery and brings us one step closer to solving the organ shortage crisis.”

Muhammad Mohiuddin, who co-founded the university’s cardiac xenotransplantation programme, added that the surgery was the culmination of years of research involving pig-to-baboon transplants, with survival times that exceeded nine months.