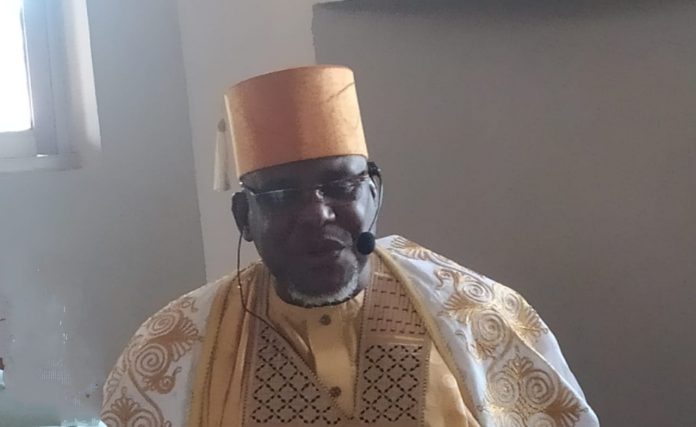 He stated this in a sermon he delivered on Friday before leading Jumaat Prayers at Fibre Jumaat Mosque, Jos, the Plateau State capital.

Dr. Abubakar said, Muslims are enjoined to embrace what is good and forbid what is bad at all times, adding that “we are in a perilous time which calls for the help of the less privilege.”

“This is trying time, everything seems to be upside down in recent time. Even the small children know this. There is difficulty, family ties are being broken. Therefore, we must wake up to savage the situation,” he said.

The Islamic Scholar observed that many people are crying today mostly because of the challenges of their children which they are unable to control.

“Men have become women and women have become men all because most men can no longer control their wives. Stealing, killings, drug addictions and other vices now pervade everywhere,” he lamented.

Dr. Abubakar said, disgracing one another is not the solution but courage to correct your wards and put them on the right path.

The Islamic Scholar also observed that most leaders at all levels, especially in politics, sometimes help the youths with drugs and use them for their political aim.

He said there is insecurity in the land and people are searching for portable water to drink adding that under such condition, people would hardly live in peace and harmony.

Dr. Abubakar, called on believers to worship Allah with the whole of their hearts and hold tightly to the Qur’an by applying the message in their daily activities, pointing out that, the message is a promise from Allah the King of Kings and the Controller of the universe.