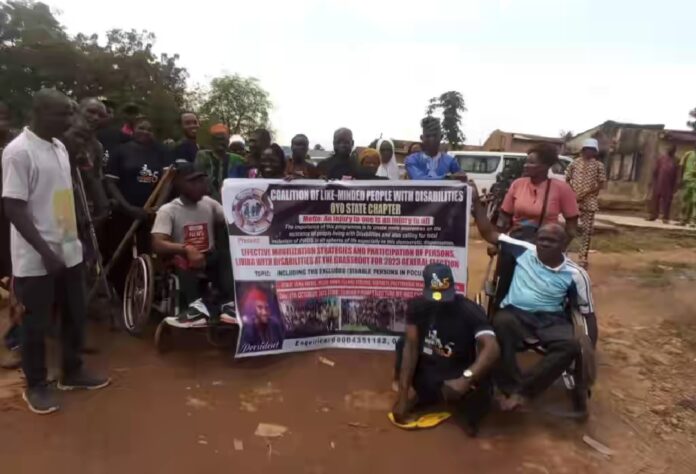 Report from Oyo State says, persons with disabilities have held a rally saying they will vote for a party and candidate that recognise them.

They stated their position during the rally to create awareness preparatory to the 2023 general elections.

President of the coalition, Chukwuma Ibeh, lamented that persons with disabilities have been neglected by political office holders over the years adding that about 2.5 million people live with disabilities in Oyo State.

“We will vote only politicians that show interest in us during the next elections in the State.

“We organised this rally to let members of the public, especially of Oyo State extraction know the existence of persons with disabilities.

“We want the politicians know that we are many and we have the power to vote out someone because we have our PVCs,” He declared.