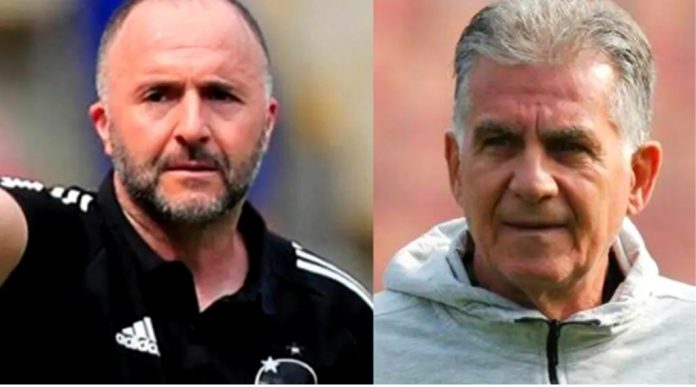 Head Coaches of the Algerian and Egyptian National Teams have stepped down from their posts after their Teams failed in the World Cup Qualifier matches.

Both Teams went into the second-leg of the play-offs with an advantage, but couldn’t hold on as they lost to Cameroon and Senegal respectively.

Algeria had equalized in the 118th via Ahmed Touba to make it 1-1 on the night, but 2-1 on aggregate after a 1-0 victory in Cameroon last Friday.

Belmadi had failed to defend the AFCON title he won in 2019 and was hoping to make up with a World Cup qualification.

It was also the first time Algeria were losing at the Mustapha Tchaker Stadium since they started playing there in 2004.

Carlos Queiroz, was beaten at the second time of asking by Senegal from penalty kicks following a 1-1 aggregate score line after 120 minutes.

Egypt managed to convert just one of their kicks as even Mohammed Salah unusually skied his effort to sum up their posture.