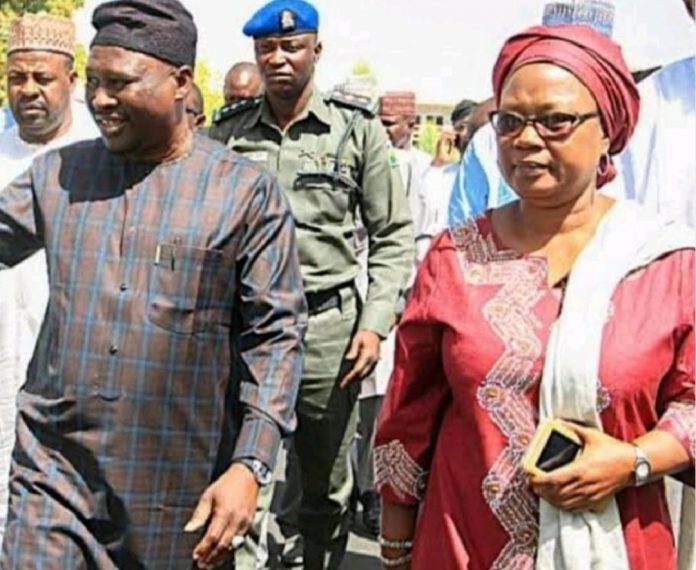 Fintiri’s Director-General of Media and Communications, Solomon Kumanagar, confirmed on Thursday afternoon that Fintiri has chosen the Vice-Chancellor of Adamawa State University (ADSU), Mubi, Professor Kaletapwa Farauta, to contest with him for the General Election.

Professor Kaletapwa has been the Vice-Chancellor of ADSU since she was appointed in that capacity in February 2020.

Previously, she served as Chairman of the Adamawa State Universal Basic Education Board (ADSUBEB) and then as Commissioner for Education.

She had earlier been a lecturer at the Modibbo Adama University (MAU), Yola.

Farauta, who was born on November 28, 1965, in Numan, Southern Adamawa, is married with children.